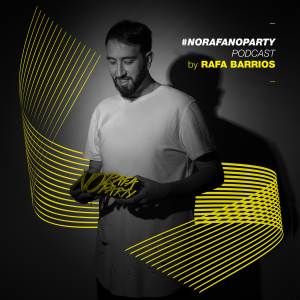 Born in 1986 in Sevilla, this young man Stereo Artist Booking , after several years as a DJ and producer started at the tender age of 14 years, his songs have been heard around the world,support and played to Carl Cox,Richie Hawtin, Dubfie , Kaiserdisco, Chus+Ceballos, Reboot, Marco Carola & others, this year since it began to produce this permeating music labels such as Intec Digital, Stereo,Tronic,KD Music, Suara, Liebe Detail, Toolroom,Blackflag Recordings, and more …Playing in club´s as Cielo NY, Pacha NY, Space Miam,Riviera Madrid ,Kool Beach [Bpm Festival] and other big clubs in the world, Working in some tracks and remixes with Dj Chus too is producing alongside great international house producers and Danny Tenaglia,Kim English,David Penn, Carlo Lio, Doomwork, Saeed Younan, David Herrero, Siwell, Aldo Cadiz,Ron Costa and many more. In 2012 will open a new project called DOOD RECORDS a label focused on around the house already has international great artists of his sets commented that they really are intractable in the dance floor, its groove will not go through your head, cut enough ups and marked. It is a landmark of pure tech-house deep and current too in 2013 start with a new job of official A&R of Iberican Encodings label`s of Chus!