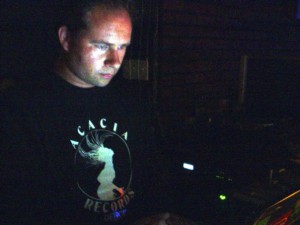 Andrew Duke creates music that sounds like it has a reason for living” (The Wire magazine UK, September 2002). His Sprung album (released on France’s Bip-Hop label in 2002) was nominated for Album of the Year (Electronica) at the 2003 annual Canadian Independent Music Awards. He has been commissioned for soundtrack and sound design work, tours his live PA across Canada, hosts a weekly syndicated electronic music mixshow (Andrew Duke In The Mix) since 1987, teaches music production and sound design, and also writes about music and technology.