Frederic Berger and Patrick Buck have rocked the right clubs, remixed the acts that matter, put their names in bold across festival marquees, retained the highest quality through honest endeavour and made the name Kaiserdisco a worldwide authority with guru-like guidance of the groove.

A case of great minds thinking alike after pooling (and maintaining) their own careers – Berger as part of Nudisco, Buck juggling a mass of other projects – their debut long player ‘In No One’s Shadow’ laid down the Kaiserdisco manifesto and the ability therein to tilt dancefloors smoothly, minimally, tribally, forcefully and progressively in their favour. With the confidence of the title running through every dropped needle and pushed play button, the Hamburg duo have enveloped the dancefloor in their own resilient way since joining forces in 2008. Their methods are in part down to being “very careful with decisions”, and relaying the fruits of a telepathy in which they admit they’ve “never had a disagreement.” 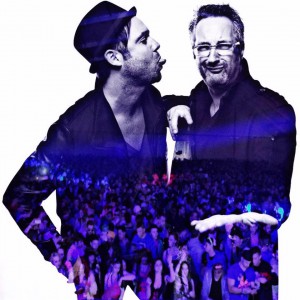 With its almost business-like invitation, follow-up ‘Meet Me on the Floor’ required little more introduction but offered classiness by night never found on the back foot, with a little toughness and quiet determination when required and subtle variations in flavour from beach to bolthole. Once a burgeoning remix schedule began to pick up pace, boosted were the beats of Robyn, Nicole Moudaber, Extrawelt, and Sébastien Léger, culminating in the ‘Retouched’ 12” tweaking Steve Lawler, Booka Shade and Marc Romboy.Blessing the back catalogues of Drumcode, Suara, Snatch and Get Physical meant the unveiling of their own KD Music, always a long-term goal for the pair, was a natural knock-on effect. They may have been quoted with tongue only partially in cheek by running a label with a “we produce it, and if we like it, we release it” ethos, but it seemed a risk-free declaration given the pair’s established quality control, extending to giving rising talents a way in, and inviting Eddie Amador and Danny Serrano to their ranks.After what has been a watershed Kaiserdisco era celebrating 50 KD Music releases this year, their new baby KD Raw is prepared to get to the heart of the dancefloor even quicker, starting in blistering fashion with the ‘Three Lions’/’Fifth Element’ EP. “The important concept behind Kaiserdisco is to make the people dance…it’s our main goal to stimulate the people!”