Yvan Riethuisen (Van Czar) was born in 1980 in Brussels, Belgium.
International Dj and Producer from Brussels with a background in several areas of the electronic music: House, Tech-House and Techno.
1996: Van Czar starts in Brussels buying his first mixer and Cd players. He played Belgian Trance, hard dance and hardcore at that time. His first sessions were at bars and friend’s parties. Later he explored harder and more industrial styles influenced by the famous Club “Cherry Moon”. His first sets combined the Belgian label Bonzai and the artists that played at Cherry Moon. 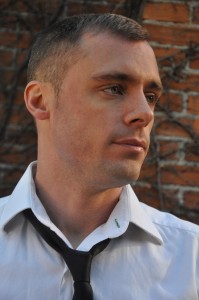 From 1996 to 1997 he realizes that he likes more a raw style with Detroit and Chicago sounds that he discovers at Disco “Fuse” (Brussels). Artists such as Carl Craig (mainly), Dave Clarke, Jeff Mills, Laurent Garnier, Carl Cox…There he discovers a Techno atmosphere with international and very renowned Djs. With this influence, new horizons appear according to techno sounds in their versions of Electro and Acid attending to one of the Dj resident´s sets:Dj Pierre Noisiez (Belgian).

Around the year 1998 he stars as resident Dj at “StarTraxx” a small club located in the artistic neighborhood, Ixelles-Elsene. He played from Thursday to Sunday there. That´s when he starts to play with turntables (Technics 1200 MK2). There is where he starts to know the “House” music particularly Tribal House.

He meets Dj Alex (resident at Mad Club-Fuse) and he experiences an enriching situation exploring more versions of House music (Disco House, Hard House…) and DjEric Powa B. Van Czar shared the Dj Booth with both of them.

Belgian Dj Sandy Raw (resident at StarTraxx) is his mentor, now called Sandy Warez. Thanks to this fantastic Dj and his strong and meticulous personality and his obsession on perfect mixing and music selection Van Czar creates his personality as a Dj.

In the year 2000 Van Czar decides to change his life and comes to Spain. At the beginning he lives on the coast and he participates in different events and some Raves, he comes to settle down in Madrid definitely in search of new experiences, sounds and new people.

Van Czar currently collaborates and plays in different private events (Fashion, Celebrities) and Clubs in the city. He is involved in several projects in some of the coolest venues in Madrid City (Spain), as Clubs ( Moma Fifty Six one of the most popular places in Madrid where Real Madrid Football Team players attend) and Gorgeous Hotels (Hotel ME Reina Victoria, Hotel de Cortés Mexico DF…). He has just produced a track for Innovatti Models in Mexico DF and he has been in a tour all around Mexico.

Lately, thanks to the new technologies, Van Czar uses the new tools for Djs and adapts to new generation devices.
Nowadays his style is mainly focused on Tech House and Deep House with special use of lots of gorgeous voices and fantastic melodies in his sessions. He never forgets his techno origins and this is translated into rhythms and strong beats which are very powerful.
All this makes his sets sensual, combined with the great music selection.

His technique is exquisite.

Currently he participates in different events in Madrid and recently he has travelled several times to Mexico City, including a tour playing at some of the most “Chic” Clubs and prestigious events in the DF.

Recently he has been producing new tracks and he is very focused on his future releases. He has produced ISLA GROSA EP especially for Cibi Caldi Records (Italy). It was released the 24th September 2012: http://soundcloud.com/cibicaldi-records/van-czar-isla-grosa-ep Various Artists Shelving Music Vol.2 (Oedipe track by Van Czar).

BOUGE EP has been released by the Major Label BONZAI RECORDS. This Belgian Label was founded in 1992 and people have always seen it as ambassadors of quality electronic music. Bonzai Progressive Website: http://www.bonzaiprogressive.com